A light. Someone who cares for you, a mother, a virgin. White and plastic light. An angel. The sound of the machine that cares for you. Liquids, plastic, whistles. Blue plastic. Poison I see you care. A white light walking. Liquids, blue. A light that walks and walks. Nun, virgin, angel and death. More light and, always, plastic.

NIGHTINGALE tries to reflect on absence, in close dialogue with the space chosen for its representation: the Castle of Montjuïc, the ancient fortress that keeps the memory of many historical episodes, almost all tattooed in his folds. Converted over time in a juxtaposition of layers of memory, the Castle acts as a fossil scenario to talk about our history. From prehistoric times to today, each stratum refers to a moment of our past. But what is most interesting in NIGHTINGALE is the layers that are missing, those that are not even leftovers. Of those that are not spoken and those that are not remembered. The absentees, because … never existed?

The argument of this site-specific will be the absence. Absence as a metaphor. The absence of the laberintic, insinuated, veiled, irrational. The absence of the feminine in Western history in general, and the Montjuïc castle in particular. History is the only matter that will allow us to have (at least officially) the events chosen by those who write it and remember it.

“The main objective of the proposal will be to show its own place in the Castle of Montjuïc. But also, and as a consequence, speak about everything that surrounds it, its natural environment as an enclave, its history and its current situation, trying to emphasize the neighborhoods that surround the mountain and its towns. The idea is that, through art, draw attention to the architecture itself, that the public can get moved by a specific event and know and visit the castle itself in situ and that it serves as well to give To also know the city, as a privileged enclave for this, in a particular way. In summary, that the same geography that has occasionally served as an annoying and divisive accident, serves as the unifying and approaching of all the realities that it welcomes under its skirts. ” 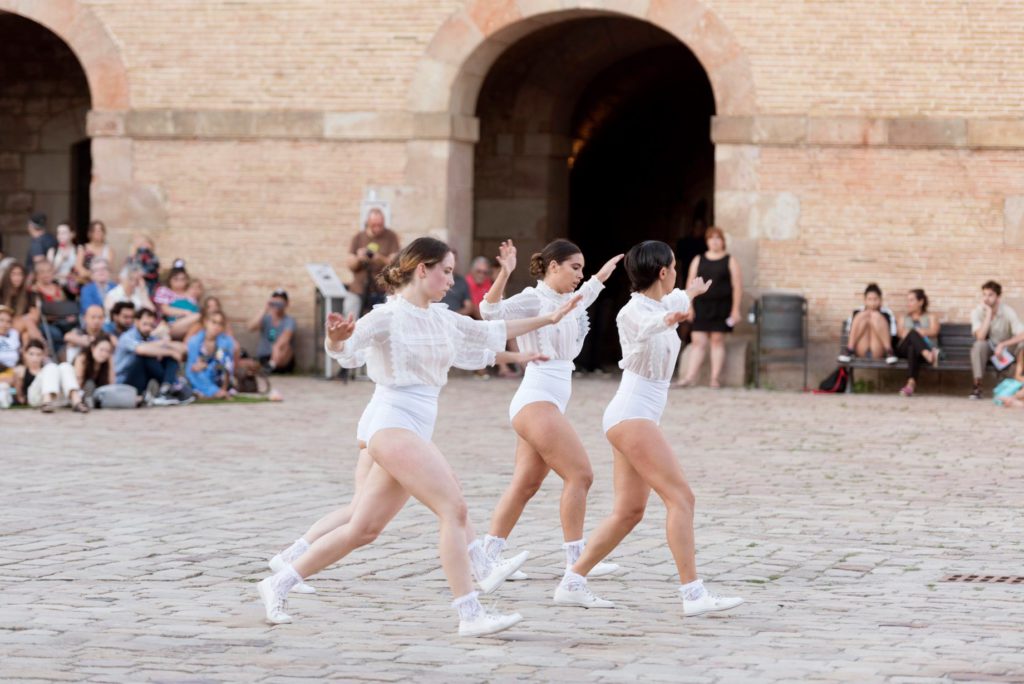 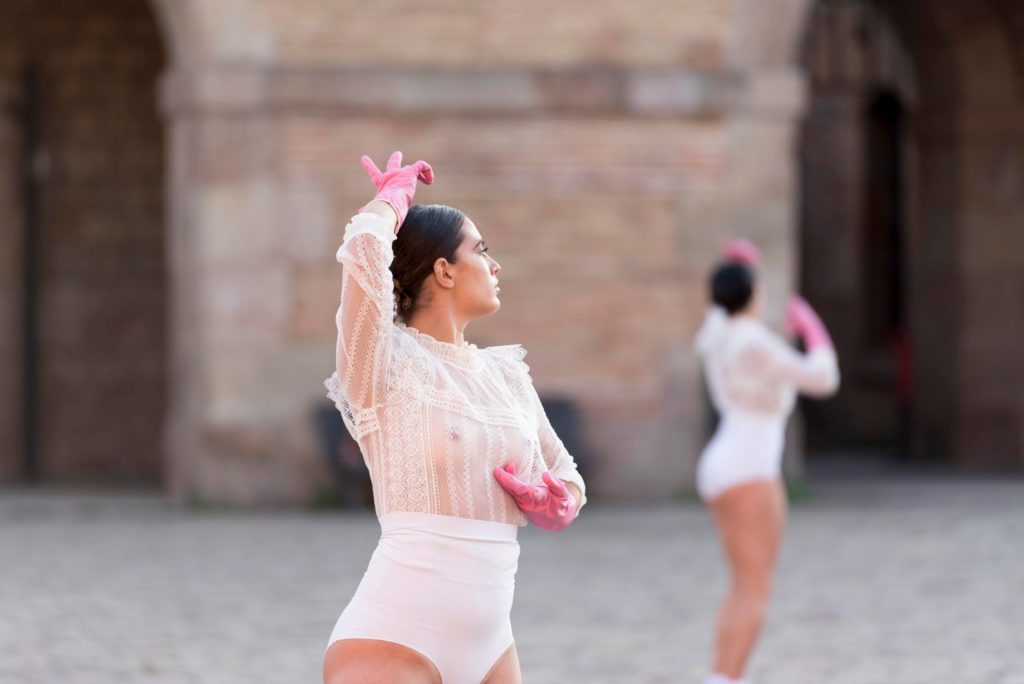 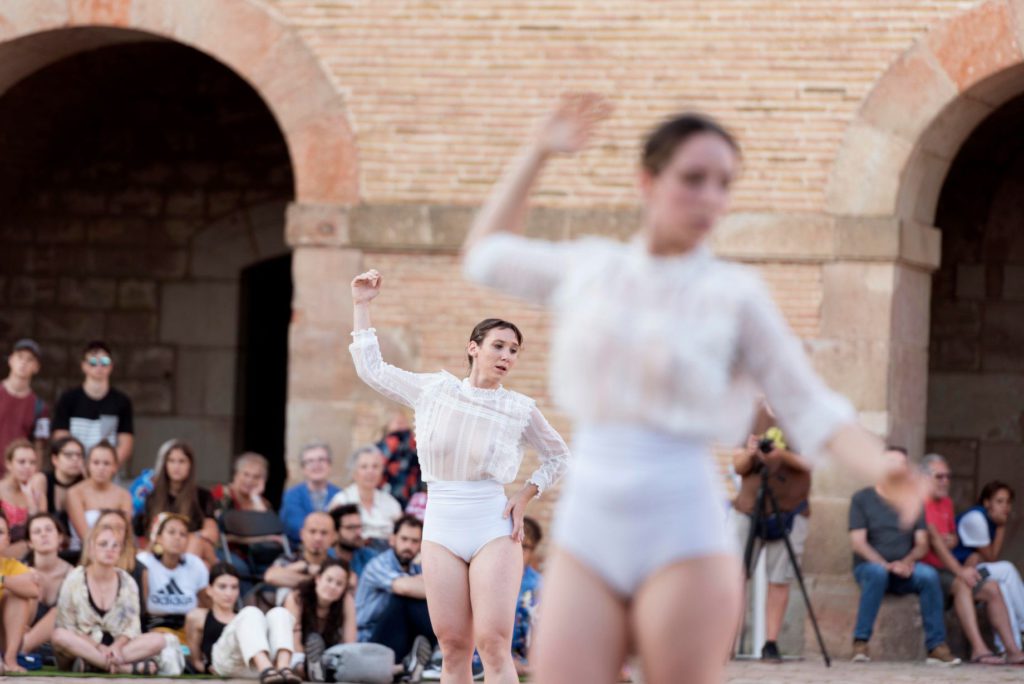 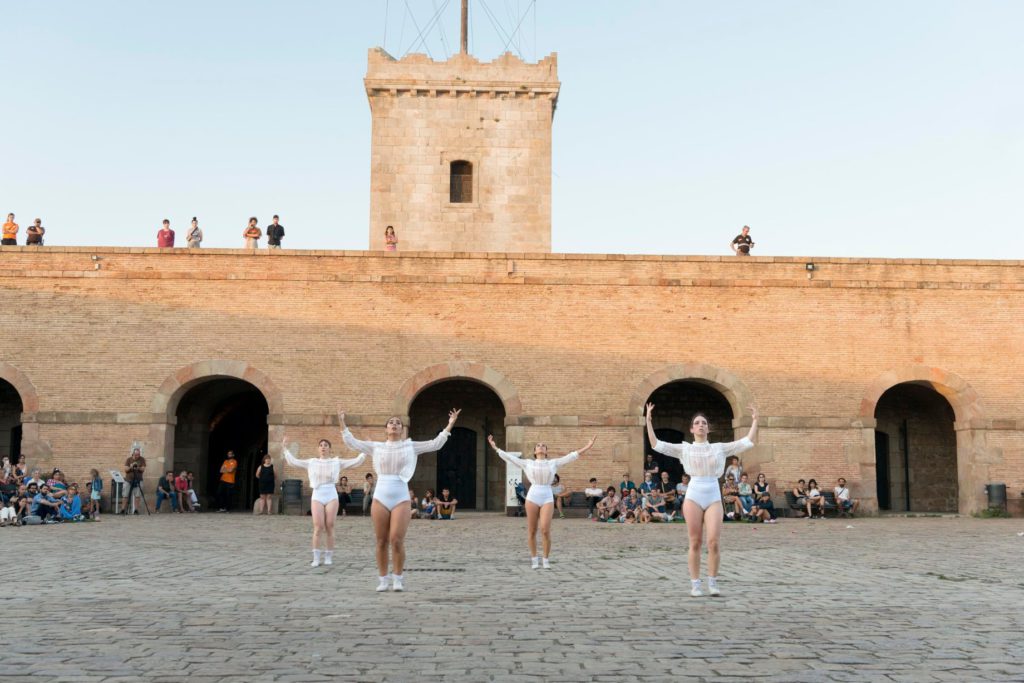 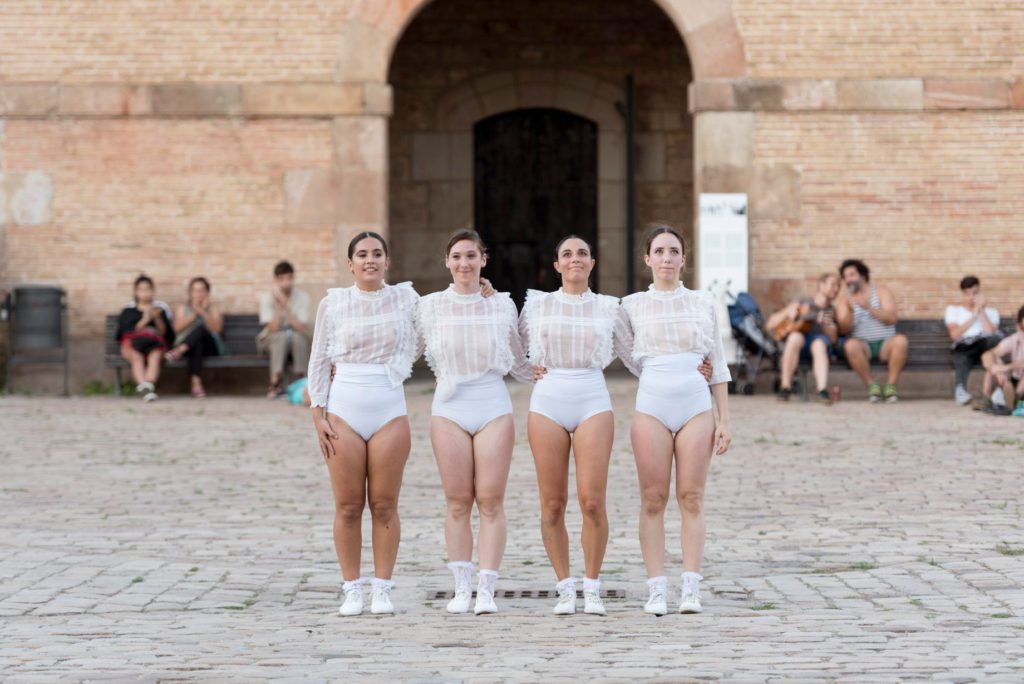 Nights at the Castle: dance with Graner

As part of the dialogue between Graner and Montjuïc Castle we proposed two pieces of contemporary dance in the program of the Nights of the Castle 2019:

‘Àer’ by Laia Santanach, a piece of contemporary dance and electronic music that rethinks the traditional folk dance of the counterpart with its music from a current, personal and subjective perspective, understanding it as an experiential, structural and social reference of the moment. Giving much importance to the social circumstances of the moment we rethink them and analyze them extrapolating to the current moment.

Raquel Gualtero presents ‘Nuà’: a voice, Anaïs Oliveras, and a body, Raquel Gualtero, based on musical pieces from the s. XI and XII, we will discover its most invisible composers, to meet again with their movements and invent new ones. ‘Nuà’ will get you tangled up and you will get involved. 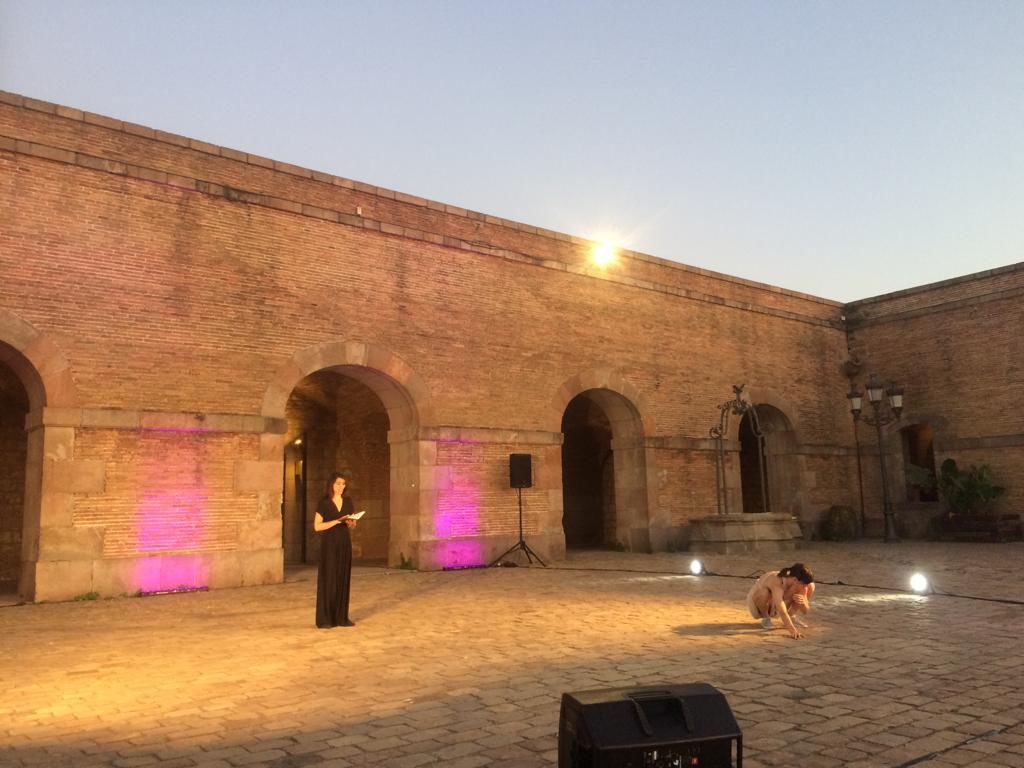 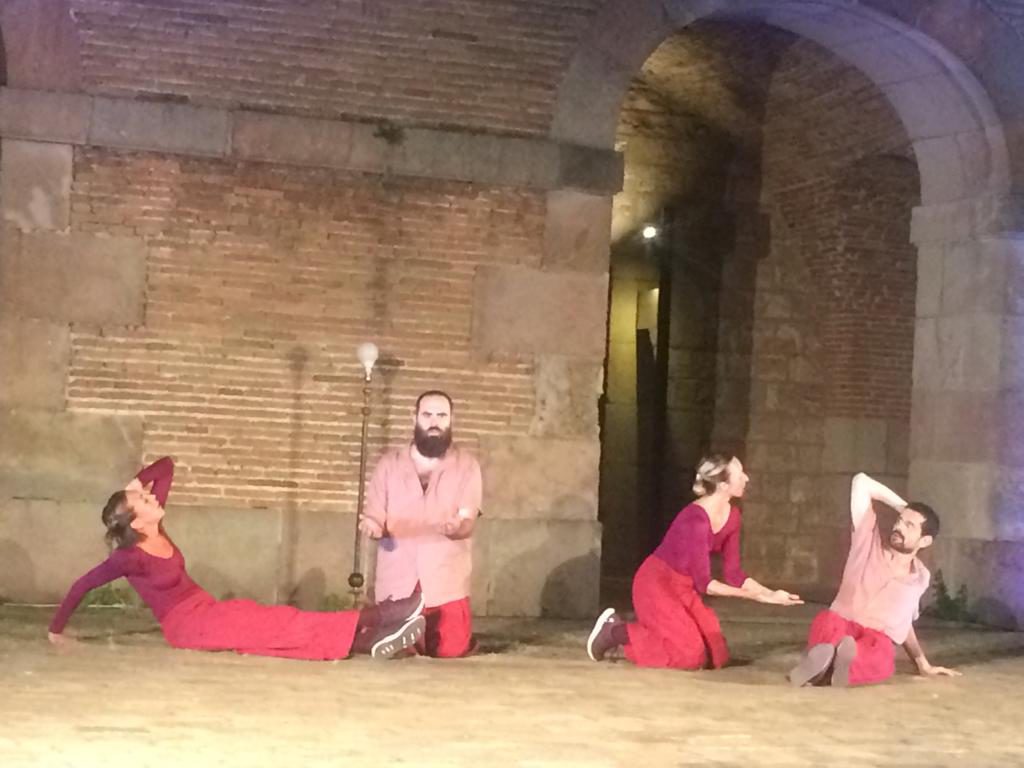 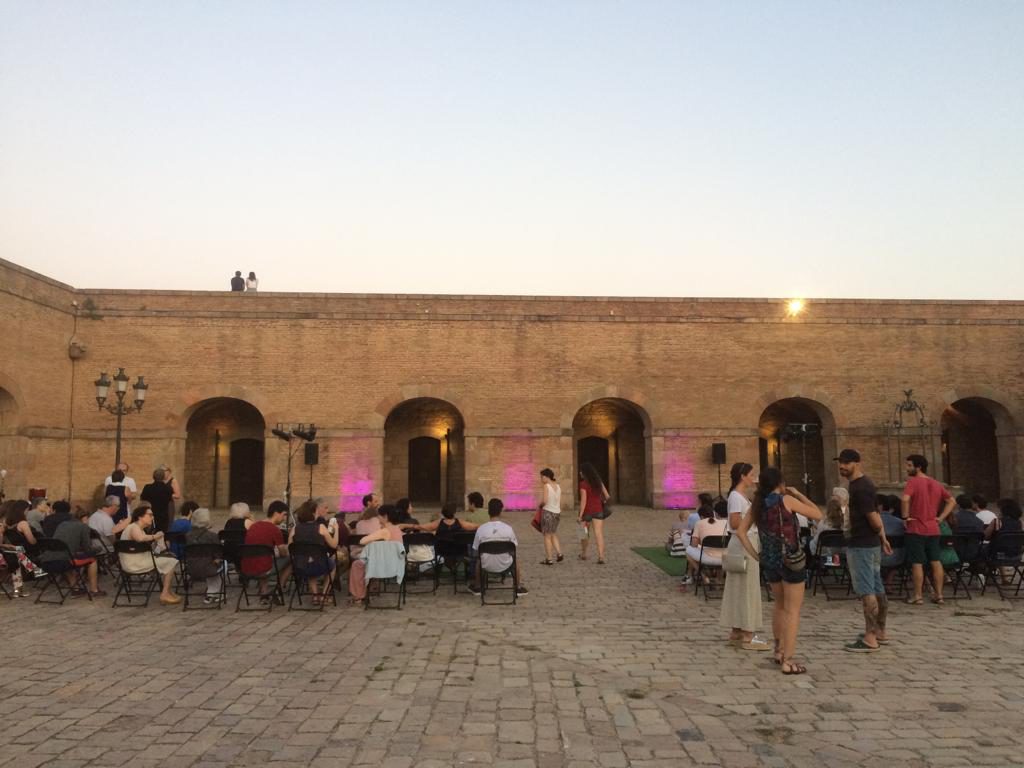