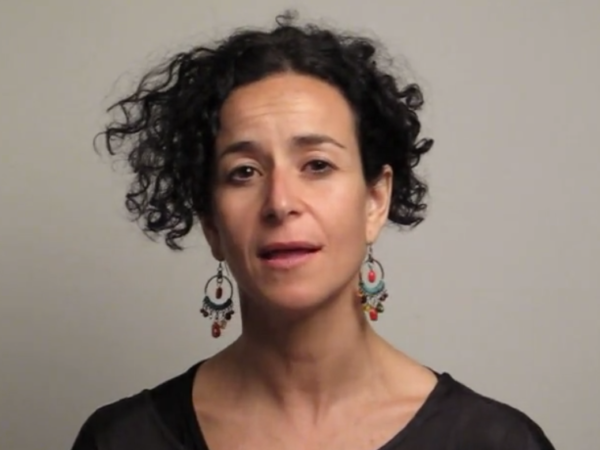 Sonia was born in Las Palmas de Gran Canarias (Spain) in 1974.  Her professional career began as an interpreter and dancer for the Cia Provisional Dance (Madrid 1992-1996) then continued with Cia Charleroi Danses (Belgium 1996-1998), Cia En-Knap (Slovenia 1999-1998) and Cia Gissela Rocha (Zurich 1999).  After working in different projects and companies she joined Cia Rui Horta (Germany 1999-2002) where besides being a dancer she also took the part as an assistant of choreography creating pieces for different companies like Scottish Dance Theater (Scotland) and Cia Norrdans (Sweden).

In 2013 she is invited to performe at the Beijing Dance Festival 2013 (China).  Attakkalari Centre for Movement Arts (Bangalore, India) in collaboration with Goethe Institut Bangalore invited her to be artist in residence to choreograph the piece “ Absence / Presence”) 2014.

Since 2002 she has her own Company, Cía. Sonia Rodríguez. Her first solo Caos was awarded the third best performer prize at the 8th International Solo Dance event at Stuttgart and won the price for the best choreography in the Danza Calviá Festival 2005. Since 2013 Sonia is based in Berlin.