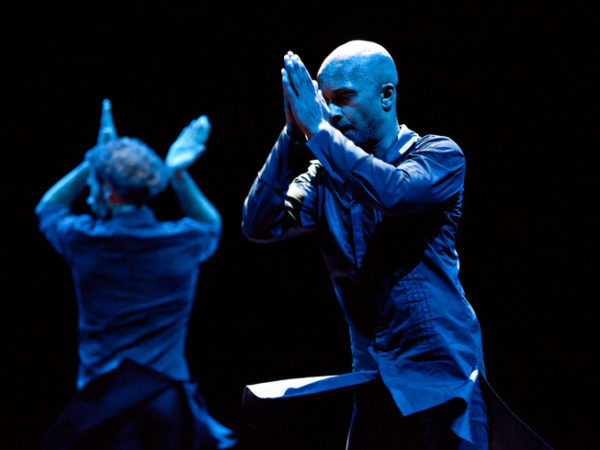 Israel Galván, at that time an artist associated with the Flower Market, and Akram Khan met in Torobaka to bring their world closer together and work from the two poles that shape the tradition and the avant-garde. Part of the process was developed at Graner.

Torobaka takes its title from a phonetic poem of Maori inspiration by Tristan Tzara. The bull and the cow are sacred animals in the traditions of both dancers and represent the fusion of their two styles of dance. Rather than imitating each other, the dancers’ intention is to create a new genre born of their mutual efforts to better understand each other’s approach to dance. It is a genuine artistic exchange.

Israel Galván is an associate artist at the Mercat and well known for his innovative choreographies and polished technique. He is the winner of many awards and has stood at the forefront of contemporary flamenco for over twenty years ago thanks to works such as La metamorfosis, Galvánicas, Arena, La edad de oro, Tábula rasa, Solo, El final de este estado de cosas – Redux, Israel vs los 3000, La curva and Lo real.

Akram Khan is one of the most highly acclaimed and respected modern dance choreographers. In just over a decade his work has contributed significantly to the world of arts and culture in the UK and around the world. His reputation is based on the success of such imaginative, accessible and relevant productions as DESH, iTMOi, Vertical Road, Gnosis and zero degrees, some of which have been staged in Barcelona.