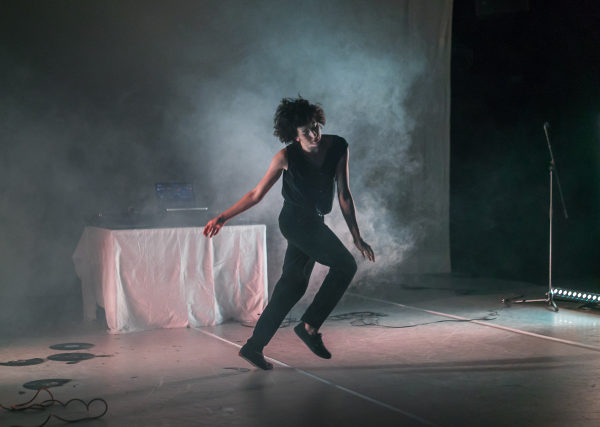 Amaranta Velarde is a graduate of CODARTS, Rotterdam Dance Academy,(2004). Since then, while based in Amsterdam, she mainly worked with the choreographer Bruno Listopad in numerous choreographies, researches and performance-installations presented throughout The Netherlands and abroad.

Other choreographers she has worked with include Giulia Mureddu, Cora Bos-Croese, Liat Waysbort and Jochem Stechman among several others. In 2010 she choreographs her first solo Eclipse presented at OT 301 in Amsterdam and at Random Collision in Groningen, and she receives the danceWEB Scholarship 2010 for Impulstanz Festival in Vienna. Since 2011 she is based in Barcelona where she works as choreographic assistant with Rita Vilhena on La Caldera Mov|i|mento program for Grec Festival. She takes part as a performer for Cecilia Vallejos at Estratégias Domésticas Festival and choreographs her second solo Lo Natural produced by Antic Teatre and co produced by La Poderoas, L´estruch and animal a l´esquena. She continues to travel abroad to work as a performer for Anna Kontzesky based in Munich and to collaborate with Camila Milena Féher in the creation of the performance No Band presented at the art space TENT Rotterdam. Recently she has been working as a performer in the interdisciplinary project Figaro Desire Machine co-directed by Joachim Robbrecht and Bruno Listopad and produced at  Rotterdam Schouwburg. On december 2012 takes part in the film Harvest by Nir Nadler, Chaja Hertog and Aitana Cordero Vico. Since 2013 Amaranta is a member of the collective Artas at La Poderosa in Barcelona. On april 2014 se has presented her last choreographic work comission by Sección Irregular from Mercat de les Flors in Barcelona.