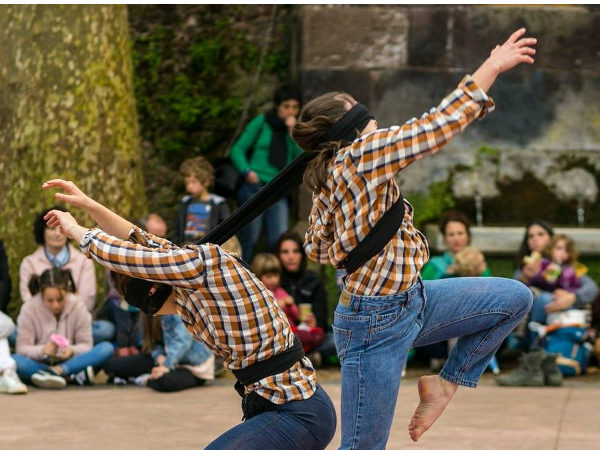 Contemporary dance group. Raquel Viñuales and Clàudia Gómez join together to create ‘Pilar de dos’ with the idea of making a tribute to the castellers as a Catalan tradition and to investigate the possibilities offered by this type of construction in relation to the movement and physicality of the bodies. During 2016, they have worked together in other pieces created during workshops for the creation of the professional training ‘Area, dance and creation space’, in Barcelona. ‘Pilar de dos’ is the first piece created and performed by themselves that is still in the process of being created and that was won the Prize Delfí Colomé. The piece has been created in ‘Antiga Fàbrica’ of Celrà and in the dance school ‘Dans’ in Banyoles and has been released in the programming of the festivities of Gràcia 2016.