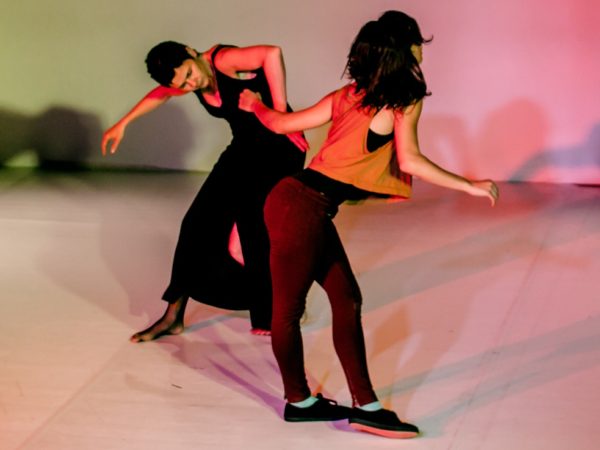 Cristina works at the field of the performing arts as a creator, interpreter and teacher. She developes her work in the area of movement and dance, taking part in projects of research, creation and learning in the last 15 years. In 1999 she initiates studies of Dramatic Art ni the Escola Oficial d’Art Dramàtic (València). At the same time she begins her training in contemporany dance and movement. She begins to work in different pieces as an interpreter,  mainly at Theatre of the Manantiale. In 2008 she moved to Barcelona, where she studied a master’s degree in Dramaturgy at the Institut del teatre, and started to work as an interpreter with several independent artists as Sergi Faustino, El conde de Torrefiel, Xavier Le Roy…

She continue studying the body and the movement trough training with Body Weather with Andrés Corchero and Rosa Muñoz… In this period began to develop his own pieces with supports from different institutions and centers as La Puerta, La ponderosa, La caldera, BAD… In her pieces she explores the relationships between physical presence, space and image trough the movement and the site specific.