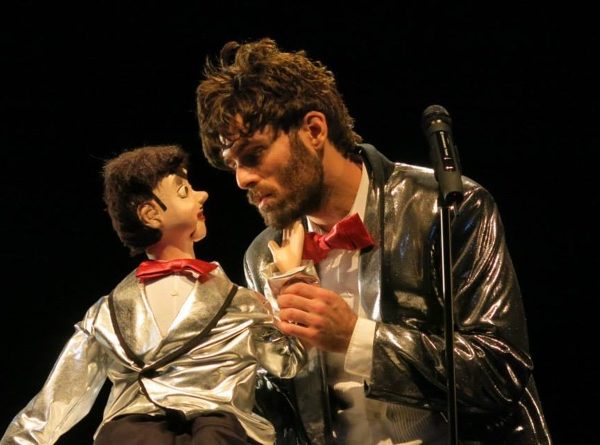 After years of addiction to television and having done standardly badly at school, he began studying performance arts in Santiago de Compostela in 2002. The result of these beginnings is Paperboy (2004), his first show. In 2004 he moves to Barcelona with the aim of expanding his training in ‘movement’. There he develops his second piece, El Alemán (The German) in 2006 and his third, Cucaracha (Cockroach) in 2009. He also works with various collectives and creators in the city, with Raravis /Andres Corchero / Rosa Muñoz as dancer and assistant director and joins Agrupación Sr Serrano, on tour nationally and internationally.