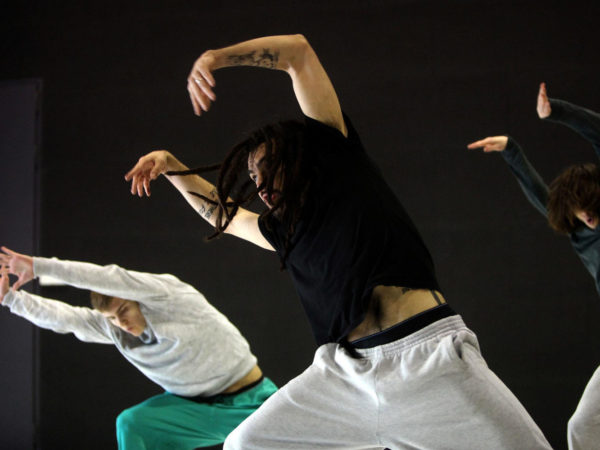 Born in 1974, Hofesh Shechter studied dance and percussion and was a member of the renowned Batsheva Dance Company. Based in London since 2002, he began his career as a choreographer two years later after winning a competition with the duo Fragments, for which he also composed the music. His career exploded rapidly, and his work has been presented on major stages all over the world. In 2008 he founded the Hofesh Shechter Company, but continued to work on outside collaborations and to accept commissions from important institutions such as the Cedar Lake Contemporary Ballet in New York and the Royal Ballet in London. He is an associate artist at the prestigious Sadler’s Wells Theatre, and his company is the resident company at Brighton Dome.

Since 2008, the company has produced works including Shechter’s first “Choreographer’s Cut” – commissioned by Sadler’s Wells and performed at The Roundhouse. He reworked his acclaimed double bill Uprising/In your rooms to feature a band of 20 musicians alongside a company of 17 dancers.

In May 2010 his first full-length work Political Mother premiered at the Brighton Festival, winning five star reviews from all the major national press and subsequently embarking on an extensive international tour, further cementing the Company’s reputation.