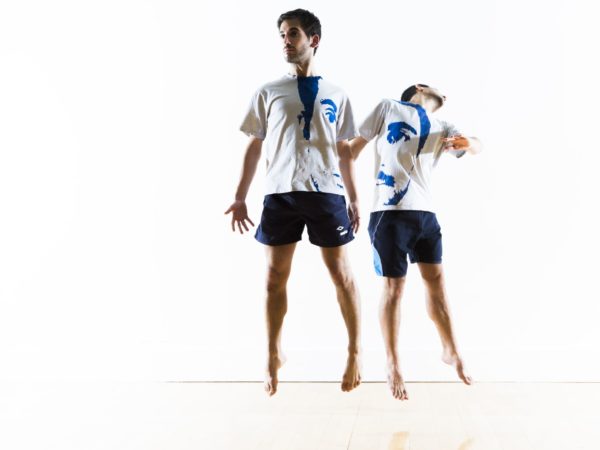 Igor Urzelai and Moreno Solinas are two London-based artists making and presenting dance performances across Europe and internationally. They first met in 2006; later they trained together at the London Contemporary Dance School (The Place) where they started collaborating. Igor and Moreno collaborate since 2007, co-founding BLOOM! dance collective in 2009 and their own company in 2012. They are currently both associated artists of The Place (London) and TIR danza (Italy).

Igor and Moreno make work about people and what makes us such special animals. Their work is characterised by their interest in the moving body and the immediacy of action as a vehicle for meaning, ideas and desires. Igor and Moreno want to reclaim the role of the theatre as a place for assembly whilst exploring the cathartic properties of live performance. Across all their works they have always tried to create a frame to share their views without dictating a single reading, instead creating space for reflection for the viewer.