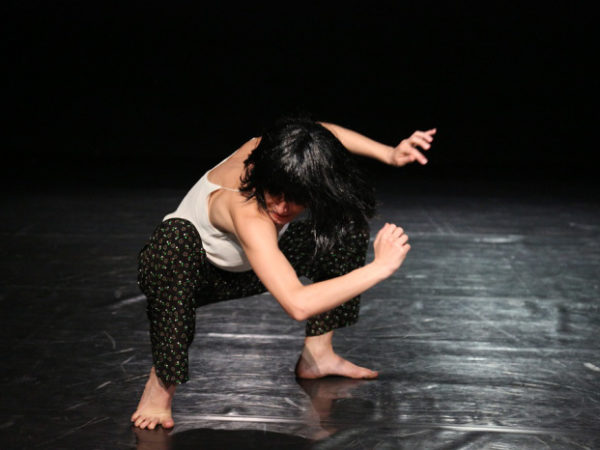 Dancer, performer-actress and young choreographer born in 1982. She is author of the solos Ebollizione (finalist GD’A Puglia 2012 competition for Young choreographers), Strascichi (winner Premio Outlet 2014 and selected by “Visionari” Kilowatt Festival 2014) and A loan, co-produced by festivals Inequilibrio/Castiglioncello and Oriente Occidente/Rovereto. In 2013 and 2014 her works are supported by Anticorpi Network XL. As a choreographer, she is part of ALDES.

In February 2016 she premiered with the new solo the speech, directed by Lisi Estarás at Auditorium Parco della Musica in Rome. In September 2016 she was the artist in residence at Italian Cultural Institute of Paris, for the project “Le promesse dell’arte” that promotes young italian artists in France. For the two-year period 2017/2018 she is associated artist to Festival Oriente Occidente in Rovereto.