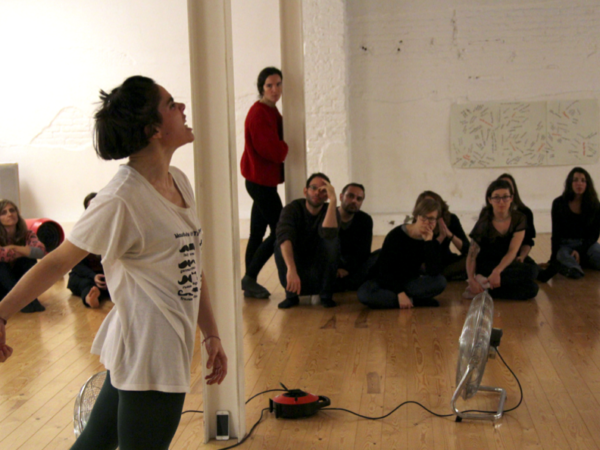 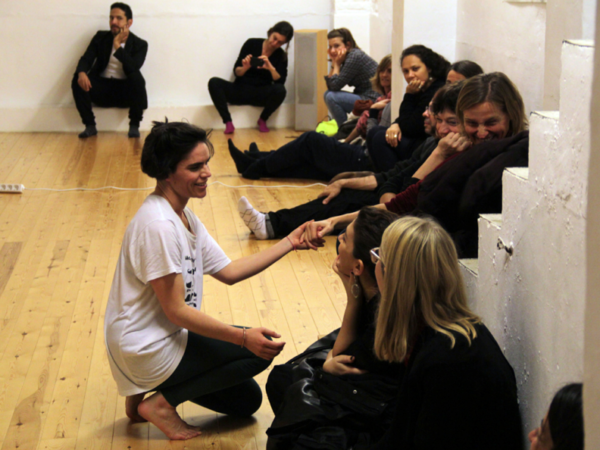 Javiera Peón-Veiga (Santiago, 1978) studied psychology at the Pontificia Universidad Católica de Chile (2002) and then contemporary dance at London Contemporary Dance School (The Place) in England (2006). Between 2006 and 2008 she specialized in choreographic research at the Centre National de Danse Contemporaine d’Angers (CNDC), and at the Fondation Royaumont (CRCC), both in France. Her choreographic work has appeared at festivals in France, England, Germany, Spain, Mexico, Brazil, Uruguay, Argentina and Chile, among which are her most well-known projects: NOSOTROS (2012) and ACAPELA (2015). Her interest is associated with exploring the potential of the body, its perceptual margins and states of consciousness. She studied physicality as a system under construction, open, dynamic, multiple, diffuse, emotional, relational, porous, which is constantly passing through areas of ambiguity, vagueness and resignification. Since 2009 she has lived in Santiago, working as a creator, interpreter, teacher and project manager associated with the performing arts. Currently she is artistic co-director of NAVE.