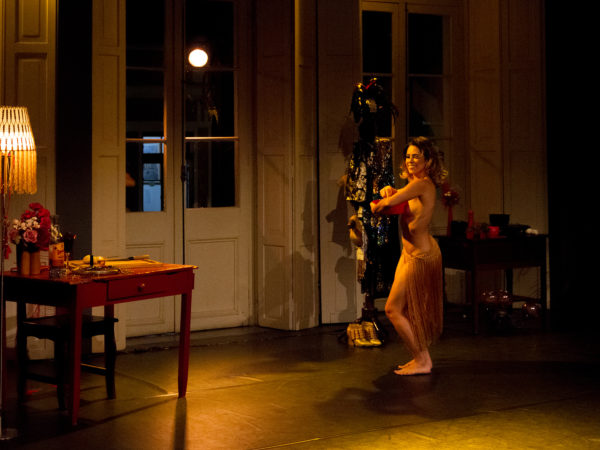 Mari Paula (Funarte Klauss Vianna Award of Dança 2015 | Brazil) is a choreographer, dancer and in her latest creations in dance and performance she investigates the body from urban intervention and cultural anthropophagy. She is one of the co-founders of the Casa Selvática Cultural Center in Curitiba and has been part of the main public contemporary dance companies in Brazil. She is a Master in Latin American Cultural Management (UGR), Expert in Hybrid Arts | Critics of Arts (UTFPR), Bachelor of Performing Arts (UNESPAR) and formed by the Dance Conservatory of São Paulo. As a teache she teaches the workshop “The Man-Eating Body”, in Universities and Dance Centers of Brazil, Spain and France. She is currently touring with her work ‘Retrópica’ and she’s developing two new creations: ‘Escambo and ‘Devórate’ (Brazil-Spain co-production for the Iberescena program (Funarte, Brazil) and for the Cultural Foundation of Curitiba: sponsorship of Ebanx). As a performer she worked under the direction of choreographers such as: Olga Roriz (Portugal), Gustavo Ramírez (Spain), Félix Landerer (Germany), Luis Arrieta (Argentina), Ana Vitória, Rui Moreira, Renato Vieira, Jorge Garcia, Carmen Jorge and Luiz Fernando Bongiovanni (Brazil).