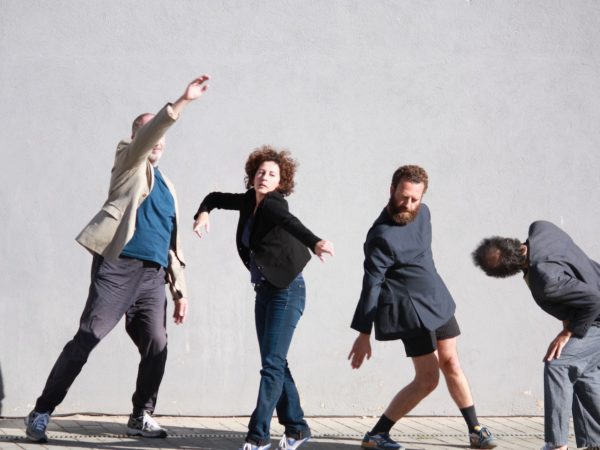 The company was formed in 1989 in Barcelona, moving to Mallorca in 2000, taking on a strong commitment to social and educational projects as well as organizing and curating a Europe-wide festival in a rural context. Since then the company has created a variety of performances for both adult and younger audiences with a clear commitment to getting dance to the widest audience possible. Adult performances includeLa Contínua (2011), Poetes, Mapes and La Paraula i els Peus Nus (2008), all of which were staged at di erent spanish and international theatres, fairs and festivals. Family performances include Bobot (2000),Rasss, Na Llauneta Recicla and Petita Lula (2008). The company’s latest productions are nOu (2010) aimed at all audiences; Las Muchas, a production for an adult audience with 11 women aged between 70 and 82 from the village of Maria de la Salut in Mallorca;Malmenats (2014), a co-production with french company La Rampe, aimed at an adult audience; Encaixar(2015), a co-production with Palma’s Teatre Principal and nally, Volen, Volen… (2016) aimed at a younger audience. The company carries out regular educational and creative projects in schools, as well as working with people with functional diversity and senior citizens. It has been working in Community Dance and Social Inclusion projects for nine years now, and has completed two creative projects as part of La Caixa’s Social Programme, working with women over the age of 70 and teenagers at risk of social inclusion.