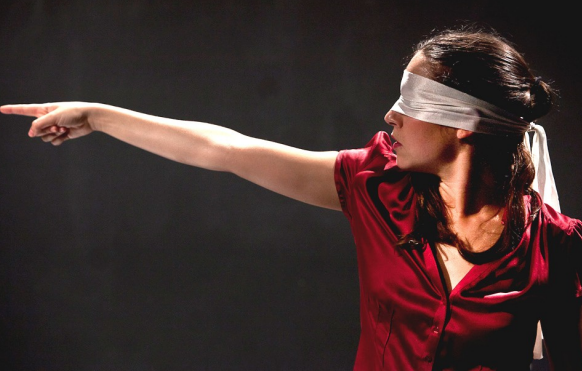 Mizar Martínez Álvarez graduated in choreography and dance performance techniques from the dance conservatory attached to Barcelona’s Institut del Teatre (2010). In September 2008, she was accepted on the ex.e.r.ce. programme at the National Choreography Centre in Montpellier (Languedoc-Roussillon), participating in dance research projects and meeting artists such as Xavier Le Roy, Eszter Salamon, Eleanor Bauer, Chrysa Parkinson and Juan Dominguez. She has performed in Project by Xavier Le Roy (2008 Montpellier Dance Festival), Retrospectiva by Xavier Le Roy (Fundació Antoni Tàpies, 2012) and in Got Skills by Eleanor Bauer (Montpellier 2008). In May 2009 she met Mathilde Monnier and worked as her assistant in the show Pavlova 3’23 (CCN-Montpellier, October 2009). She is particularly interested in research and experimentation in the field of the performing arts. She has been a resident at the National Dance Centre in Toulouse within the framework the Modul-Dance project.