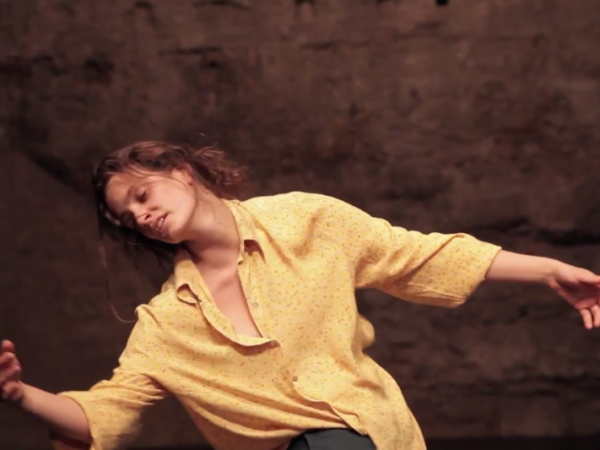 Patricia Caballero was born in Cádiz in 1987. Interested in the body’s practices and processes dealing with perception and relationships, she uses art, primarily the stage, as an excuse to provides her with the context to research these topics, understand them and present them.  Her work delves into and oscillates between the dancing object, realistic fiction, urban intervention and photographic self-portrait.  Among them are:  Chronoscopio (2010), Simulacro de simulacros [Drill for drills](2008), Cómo congelar fantasmas [How to Freeze Ghosts](2008), Hazañas e incidentes [Exploits and Incidents](2007), 50 Hz (2006), Paradiástole(2005)…  She began her classical dance training in 1992 with Sonia Petrova before moving on to different schools and institutions on the Iberian Peninsula and then earning a degree in Choreography at the Institut del Teatre in Barcelona. Andrés Corchero, João Fiadeiro, Elena Córdoba, Roberto Fratini, Víctor Molina, Jesús Barranco… have been some of her great instructors, mentors and accompanists throughout her career.