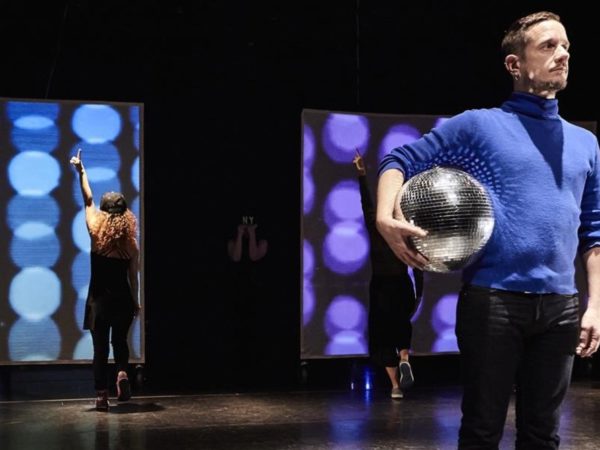 Born in Barcelona in 1980, he studied music in the music school Diaula and in the Conservatory of Barcelona for more than 10 years, focused on flute and singing. He studied 2 years as a Theatre Maker in the Institut del Teatre of Barcelona, combining it with ballet and contemporary dance training in Area, espai de dansa i creació. He studied one year of Media and Communication in Universitat Autònoma de Barcelona and he took the one year Master Study in Culture of Peace and Conflict Resolution in that same university. In 2002 he moved to Amsterdam to study choreography at the School for New Dance Development, where he graduated in 2006.
Between 2009 and 2011 he studies at the Amsterdam Master of Choreography at the Amsterdam School of the Arts (AHK).

Pere Faura graduated from the School for New Dance Development in Amsterdam in 2006, with a piece that wins the ITS Festival Award, and is selected for the DansClick tour in different cities in the Netherlands. That same year he entered as a resident choreographer at the Frascati Theater in Amsterdam and in 2009 he received the prestigious Charlotte Kohler Price. In 2011 he graduated from the Amsterdam Master of Choreography and returns to Barcelona where he continues to produce new shows with the collaboration of several creative centers in the city. His work is characterized by the appropriation of elements of pop culture, in a multidisciplinary choreography among all the elements that make up the theatrical gear. In addition to his work as a creator, since his return to Barcelona, ​​he has also participated in programming and design of artistic exhibition contexts through the platform CRIM (Creators Independent in Movement), within the collective ARTAS (ARTistas ASociados a La Poderosa) and as a founding member of G.R.U.A. (Grup de Recerca d’Universos Artístics / Research Group of Artistic Universes) where he still develops projects like “Caravan of Trailers” in collaboration with Claudia Solwat and Anna Rubriola.