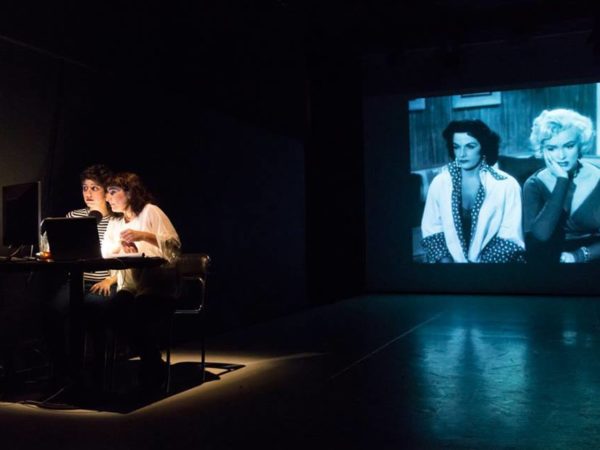 LAS ACTRICES SIEMPRE MIENTEN (Actresses always lie) is a dramatic investigation based on the stereotypes and themes associated with the actress (what does an actress know how to do just by being one?) using these as an excuse and transcending them in order to talk about things we’re interested in as creators and individuals (love, family, job insecurity, politics, death). We start by assuming that everything that happens on a stage is an agreed lie, we no longer care about truth on stage, we understand that everything is a construct around the truth, with more or fewer elements of truth, but still a lie. We also understand that in life everything is a construct, everything is a lie.

EL POLLO CAMPERO. COMIDAS PARA LLEVAR emerged in March 2012 and presented its first draft for a piece a few months later at the La Poderosa IN-FORMALS (Barcelona, November 2012). From then on, the company continued to investigate and try out new performance ideas until the premiere of their first completed work, SEKVANTARO. PIEZAS CODEPENDIENTES DE DURACIÓN RELATIVA EN LAS QUE LAS ACTRICES INTENTARÁN NO HACER TEATRO as part of the international festival for new creators V CENIT (TNT-Atalaya), where they were awarded best show. After this, they performed at various festivals, including ACT, where they also received the prize for best director. At the same time, they were awarded best newcomer at the second Andalusian Theatre Awards.