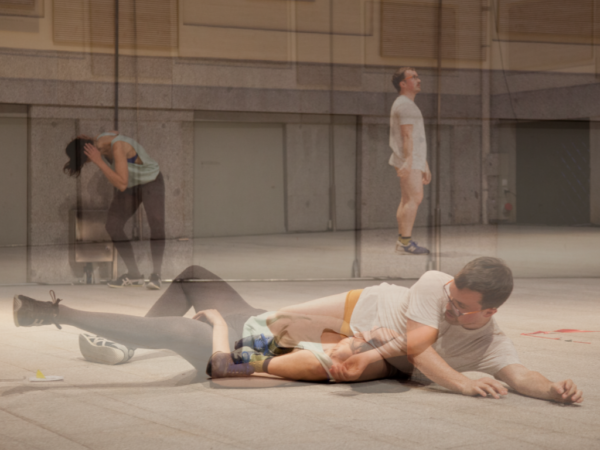 In January 2015, Quim Bigas Bassart and Carme Torrent were invited to the Festival Sosteniendo la pregunta ¿Qué puede un cuerpo? (Looking at the question: what can a body do?) at La Casa Encendida in Madrid. They used the invitation as an opportunity to generate an encounter/conversation with each other, which resulted in Eclipse, la imagen siempre llega tarde. For a few months, given they were not in the same place, they maintained a correspondence via email. This conversation was given a shape with performance material shown as part of the Festival. Currently Eclipse has various formats because of their desire to emulate other methods of production that disperse in time. The Eclipse project is currently in residency with creation support at El Graner (Centro de Creación).