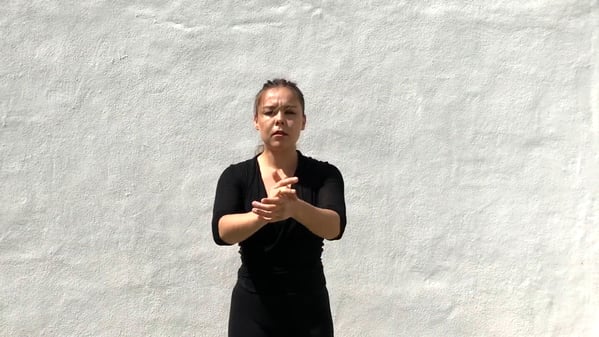 The iconoclastic choreographer Rocío Molina has coined her own artistic language based on a reinvented traditional flamenco style which respects its essence, but embraces the avant-garde. Radically free, she combines in her works: technical virtuosity, contemporary research and conceptual risk. Unafraid to forge alliances with other disciplines and artists, her choreographies are unique scenic events based on ideas and cultural forms ranging from cinema to literature, including philosophy and painting. Rocío Molina, a restless dancer, was born in Malaga in 1984. She started to dance at the early age of three years old. At seven, she was outlining her first choreographies. At 17, she graduated with honors at the Royal Dance Conservatory in Madrid and became part of the cast of professionals companies with international tours.

Rocío Molina, a versatile dancer, is one of the Spanish artists with greater international repercussion. Her works have been performed not only in theaters and festivals such as: Sadler’s Wells Theatre in London, Lincoln Center in New York, The Esplanade in Singapore, Festival de Otoño, Madrid en Danza, Festival de Nîmes, Festival Dance Umbrella, Flamenco Festival Düsseldorf, Mercat de les Flors, Chaillot Theatre in Paris and Bunkamura in Tokio. But also in renowned temples of flamenco such as Seville’s Flamenco Biennial or Jerez Festival, just to mention some of them. Throughout her career, not only has she worked with great national flamenco leading figures such as: María Pagés, Miguel Poveda, Chano Lobato, Pastora Galván, Manuel Liñán, Belén López, Manuela Carrasco, Antonio Canales or Israel Galván, but also with leading figures of contemporary performing arts, such as Carlos Marquerie, Mateo Feijóo or Sebastién Ramírez.