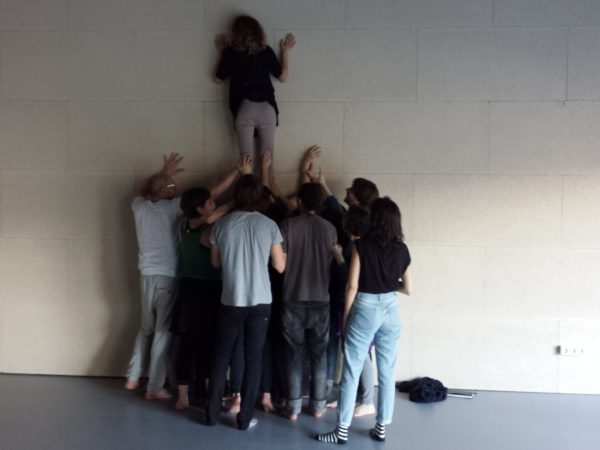 La Societat Doctor Alonso, directed by Tomas Aragay (Theater director and dramaturg) and Sofia Asencio ( dancer and choreographer) has constructed a language which has found one of its key factors in the concept of movement by placing anything outside of its place, area or ‘own space’ in order to investigate how this movement modifies language with respect to both its constituent grammar as well as with respect to the reading made by an observer. This involves moving in order to reveal something.

This action of movement has shown itself to be an efficient tool for creating areas of poetic discourse which question our ‘standardised’ understanding of reality.