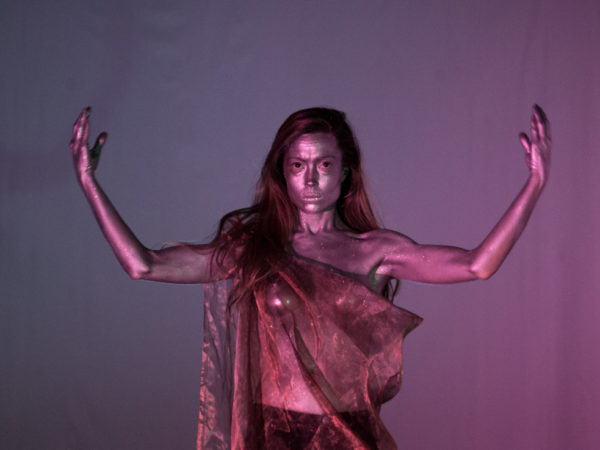 Something between cowgirl and lady, according to who knows her, Victoria was born in England, studied theater and dance at prestigious schools in London and began her professional career in dance as an apprentice of the Japanese Butoh teacher Katsura Kan spinning for several Years like a small grasshopper for the United Kingdom and Europe. Since then, she has worked as a dancer, performer and assistant for international choreographers such as Susan Rethorst, Yumiko Yoshioka, Fran Barbe and Jeremy Wade. After a stay in New York during 2010, working with legendary director Robert Wilson, working with young choreographer Jason Somma and training with the SITI Company, Macarte returns to Barcelona where she develops her own creations. These include This is not a Simulacroi collaborations with electronic musicians such as TREE and EQUIP, in pieces such as Subliminal, Superluminal Motioni Vibrailusions, or with Javi Álvarez (Fog, Duo Cobra, Fluzo) in videos such as Cheiras Funkyi Megafauna and pieces such as SHIT BINGOi Faunática. It is part of the collective video of APATCHES, winners of the Dansa + prop Award for the Mercat de les Flors in 2009 and the REC Live Cinema Festival 2011. Presides over the Kaze Daruma cultural association, organizing workshops and translating publications and websites dance, fashion and new technologies. She has been resident artist in La Caldera in the years 2006, 2010 and 2011.