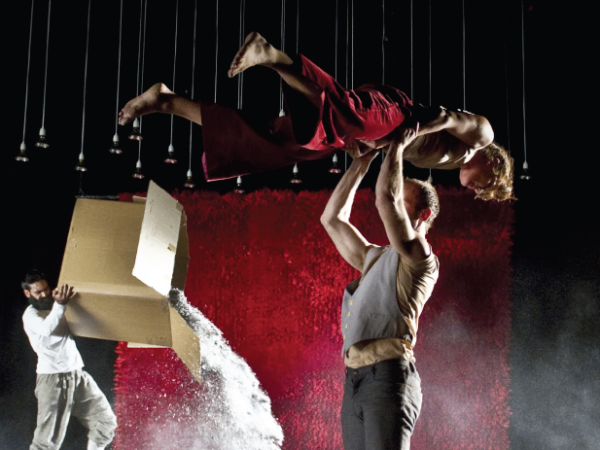 zero visibility corp. was founded in 1996. The company is based in Oslo, Norway, and makes an average of one production a year. They had their international breakthrough with “…it’s only a rehearsal” in 2003, which has been performed on over a hundred occasions. The company is touring worldwide with performances of both smaller and medium scale and the production involve partnerships with several international co-producers and
collaborators. Since forming, the company has been marked by Ina Christel Johannessen’s particular choreographic style. The artistic work is characterized by a striking physical and technical expression, allowing the dancers to excel, but simultaneously she expresses in her work the complexity of human life, our feelings, emotions and conditions. The composition is built up around the physically visual and audible space and the actions of the dancers. Proximity and distance, strength and fragility exist side by side.