The Sâlmon Festival will celebrate its 10th edition with 10 days of performing arts programme in 4 different venues in Barcelona.

In a fully One-Site edition which aims to reconnect with the city, the Sâlmon Festival will offer, from February the 9th to the 20th, a performing arts programme in Santa Mònica, CCCB, La Caldera and the Mercat de les Flors. The next coming edition has again Sofia Asencio, Iñaki Álvarez, Bea Fernández and Ariadna Rodríguez as curatorial team and is again coorganised by four spaces which are referential of the performing arts in Barcelona: Antic Teatre, La Caldera, Graner and La Poderosa.

The programme has been designed in dialogue with the content teams of the spaces which will accommodate the proposals, in accordance with the contexts and spirits of each place. Artists will interweave their pieces with the spaces where they will be programmed, adapting them at a scenic and conceptual level. In the same sense, a handful of proposals bind together with local specific communities which have been called up by Sâlmon, either through workshops or taking part in the creation of the pieces.

2022 Edition
“As a consequence of the centripetal force that led us to coexist within an experimental television set for five days at Sâlmon Festival in 2021, centrifugal energy expands this year’s festival to various spaces in the city of Barcelona. Keeping this centrifugal force in constant motion, we haven’t stopped asking ourselves about how artistic practices can be shared. The physiognomy of the possible places to do so, the generation of critical thinking contexts and not just transmission, the displacement of education to focus on learning as a continuous and open process that involves more collective subjectivities… Understanding the festival as a provisional concrete and fictional space, we want to try ways of doing and sharing based on these and other issues.” (Sofia Asencio, Iñaki Álvarez, Bea Fernández i Ariadna Rodríguez, curatorial team – Sâlmon 21-22). 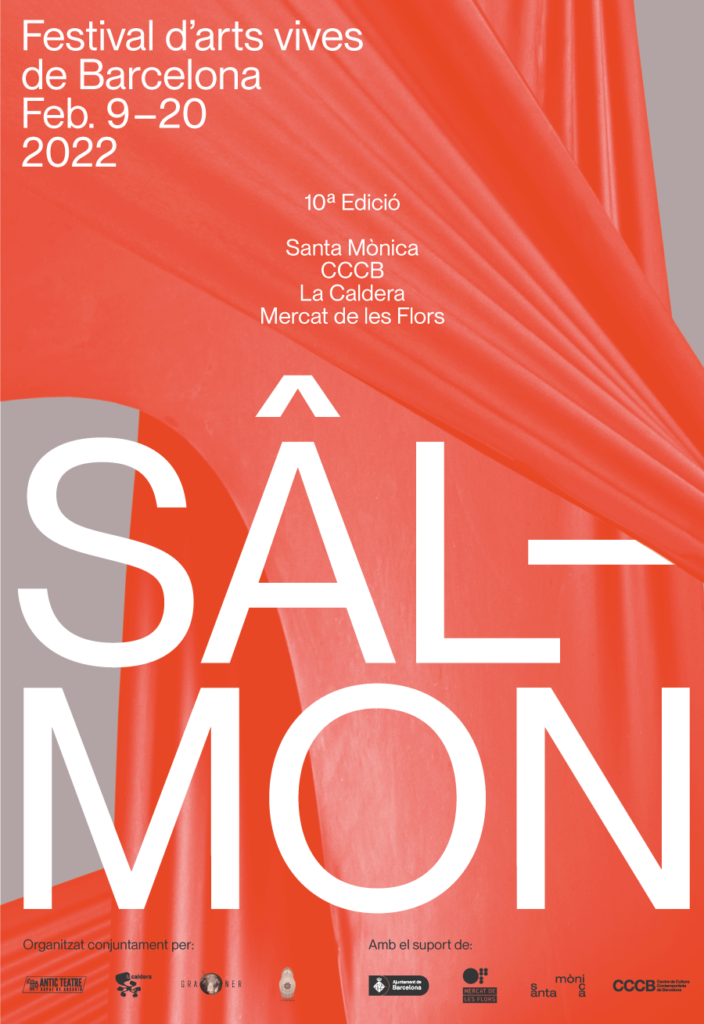