"On All Fours", a research by nyamnyam at La Marina neighborhood

Starting from the project ‘A four legs’ (On All Fours) around the notion of a table as a device, context and space of action – disruption, nyamnyam (Iñaki Alvarez and Ariadna Rodríguez) proposes a new research and formalization in relation to the lines of work of  Graner and the context of its neighborhood La Marina.

After several stages that have led the project to various formats such as publications, interventions, workshops, a radio program or an exhibition cycle, nyamnyam sets out a search to bring all the generated content to the performative, in a time and space common. It is intended to generate a stage device, which itself questions the notions established in the territories of dance or theater in their formalization, in line with the previous stage work (‘COMIDA, 8,000 años después’).

Thus, the possibilities of the format of the performative installation are still being investigated, creating a space of free movement of action and common between public and creators. In this way, we want to continue to investigate the performative space, the inclusion of the constructive, the relationship with the audience, the emergence of everyday life in the scenic event, the boundaries between the format of different situations that are usually not they happen in the same context, and the possibility that these ‘scenes’ create a strange place between reality and fiction.

At the conceptual level, it seeks to activate ideas that have resonated throughout the project and align with some of the work areas of Graner, such as expanded craftsmanship, gesture as (micro) political action, the feedback that puts into logic close to ecology, and the exploration of social imaginaries as a food for contemporary thought and practice.

Within this framework of thinking, and after the project went through the Isadora and Raymond Duncan Dance Research Center in Greece, the figure of Raymond Duncan (Isadora’s brother) and the modus operandi of the eco-communities in which the shareholding and the kinematics were practiced, it also plays an important role in the research. In this context, craft and artistic practices are not delimited, united in an ongoing dialogue with everyday life.

Based on this concept of community, and understanding everyday life as an intrinsic part of artistic practice, the project is directly related to the neighborhood La Marina. In zero kilometer theater logic, we work with what is local to the fullest extent of the term, whether it be food, stories, materials, people or microorganisms. Conversations with neighborhood groups have begun, focusing on the young voices who have been least heard in previous work processes.

This process, which will be presented next June in Graner, is being carried out in dialogue with the philosopher Laura Benítez, the designer Pedro Pineda and the choreographer Salva Sanchís, who from their fields of expertise have in common a clear tendency to overwhelm their disciplines, which is fundamental to us in this research.

A project by nyamnyam (Iñaki Alvarez and Ariadna Rodríguez) 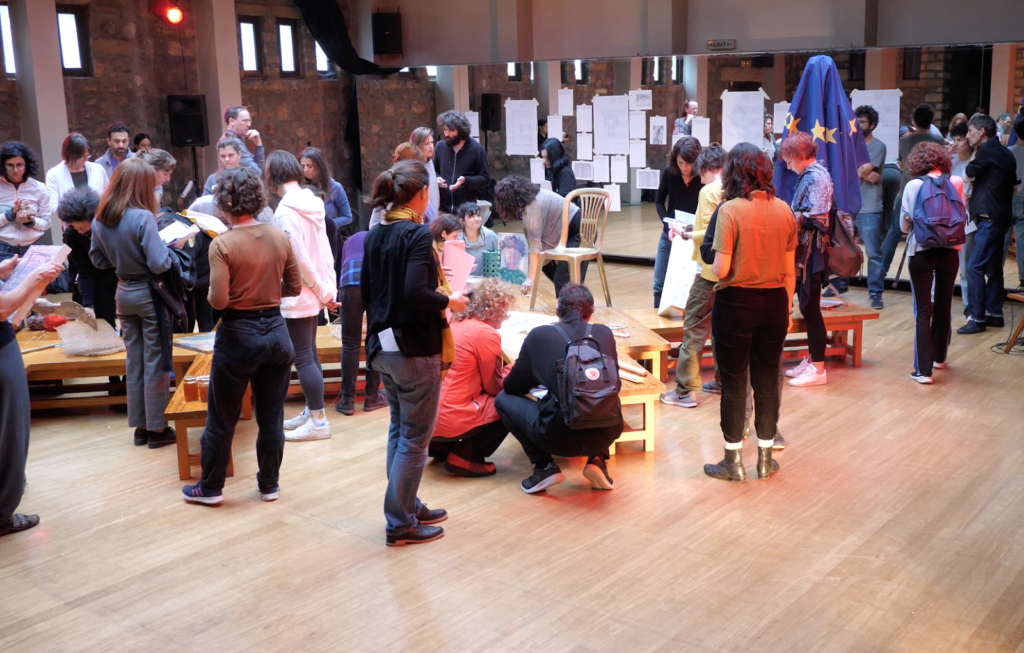 "On All Fours" at Casal d'Estiu - TMDC

The project “On All Fours” has been part of the Casal d’Estiu of TMDC of shared self-sufficiency, as a workshop from July 24 to 26, 2020. On this occasion, nyamnyam collaborates with Pedro Pineda again and advances the project no longer in the form of a table but of several benches: a constructive system that creates interactive situations, forming a theater piece that activates ideas that have resonated throughout the project, such as crafts understood in an expanded way, the gesture as (micro) political action , the feedback that circulates logics close to ecology, and the exploration of social imagery as food for contemporary thought and practice.

During this series of workshops 24 benches were manufactured. Each one made their bench, and all the benches will make “On all fours” possible. Like when the neighbors get together to share and lower their chairs to the plaza. Inspired by 3 themes, topics of conversation and manufacturing processes were mixed: body and thought, habitat and ecosystem and furniture and mobility.

The project ‘On All Fours’ is linked to Graner for two years within his work in relation to the neighborhood. The resulting scenic piece will be presented in ‘CIUTAT OBERTA, biennial of thought’ – October 2020, within the ‘art, territory and community’ meeting co-organized by Ateneu Popular de 9 barris, La Central del circ and Graner. 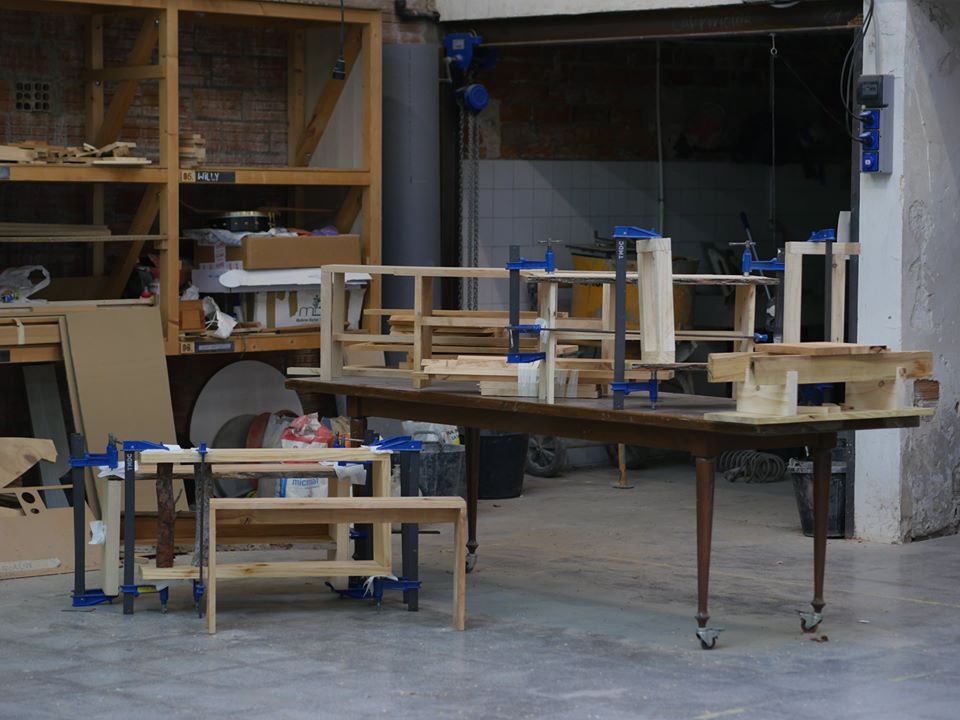 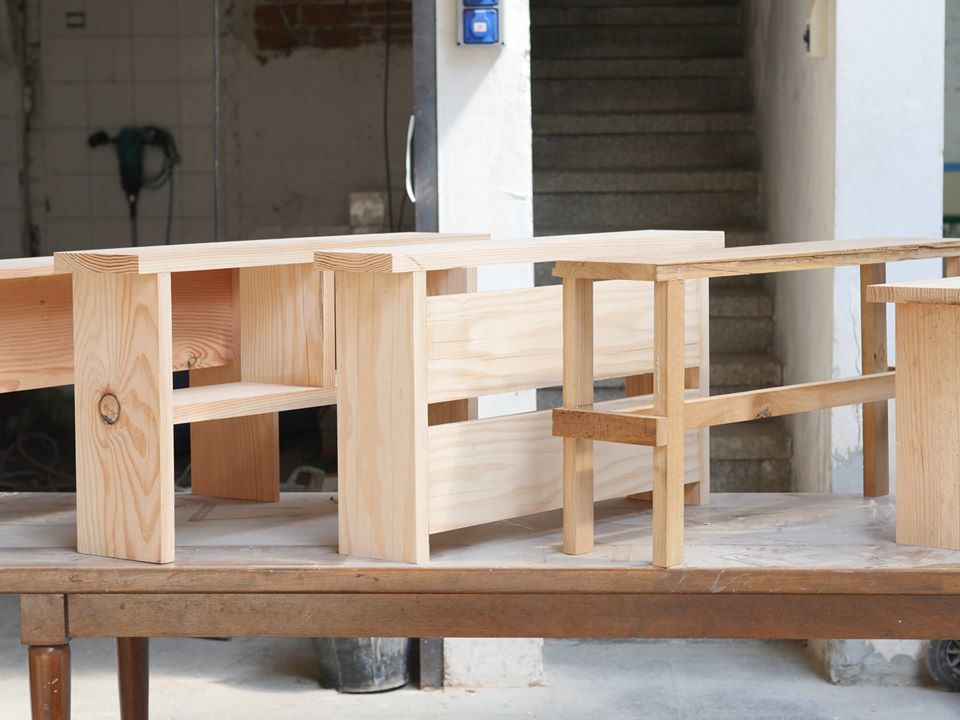 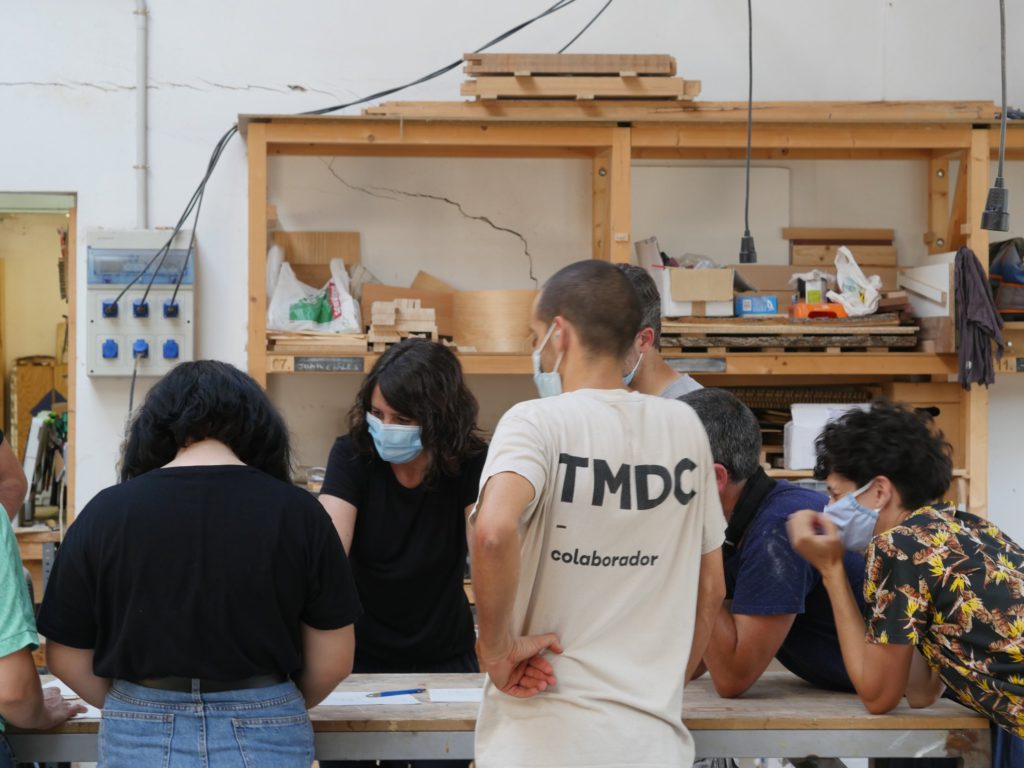 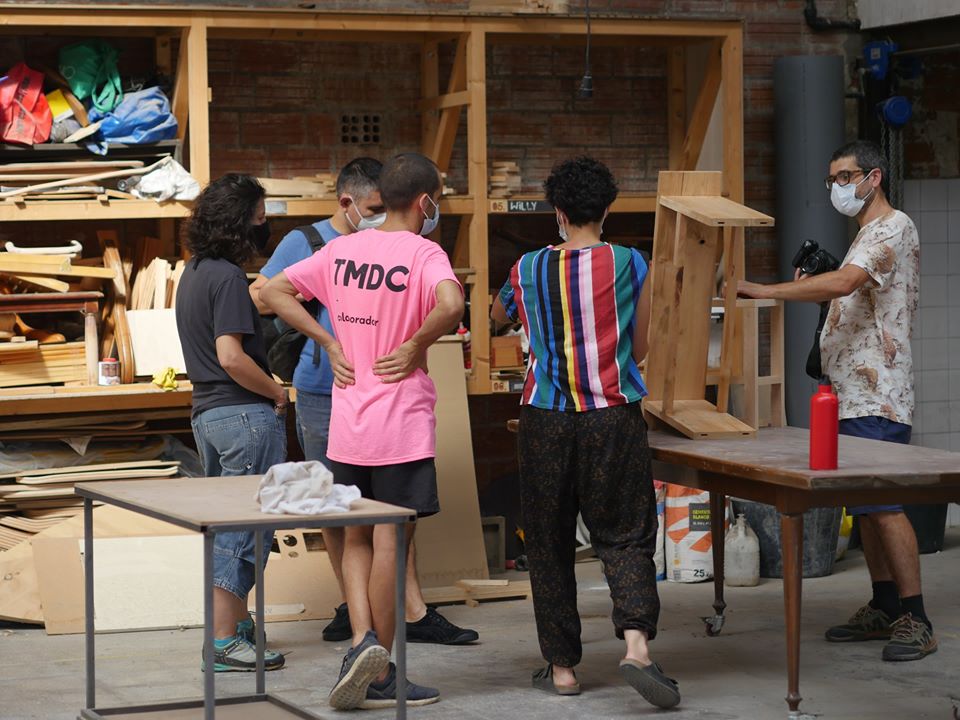 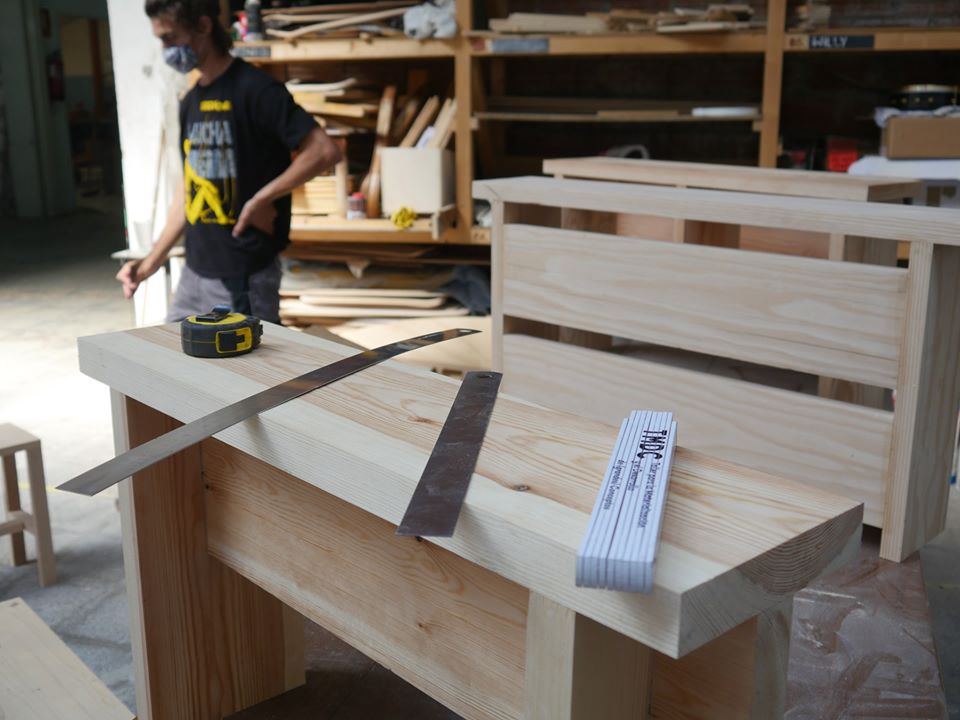 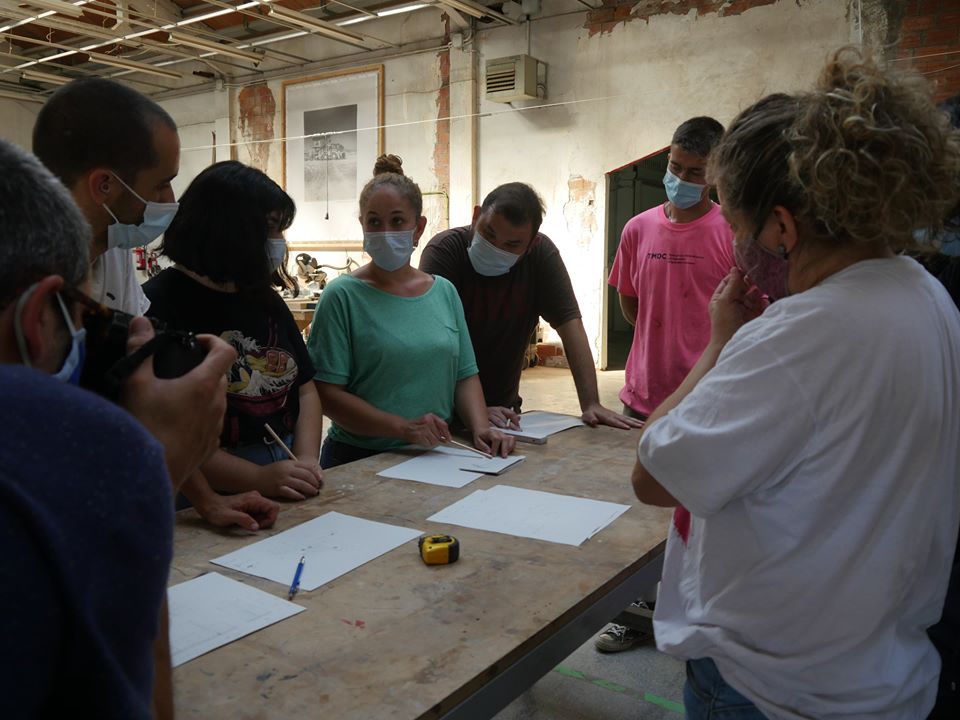 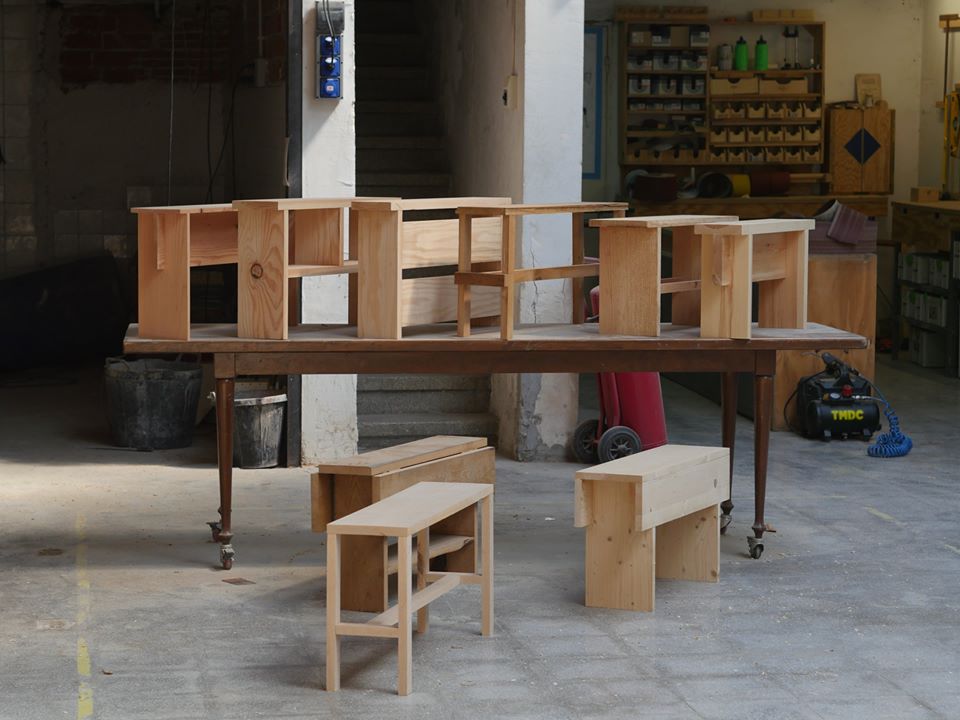 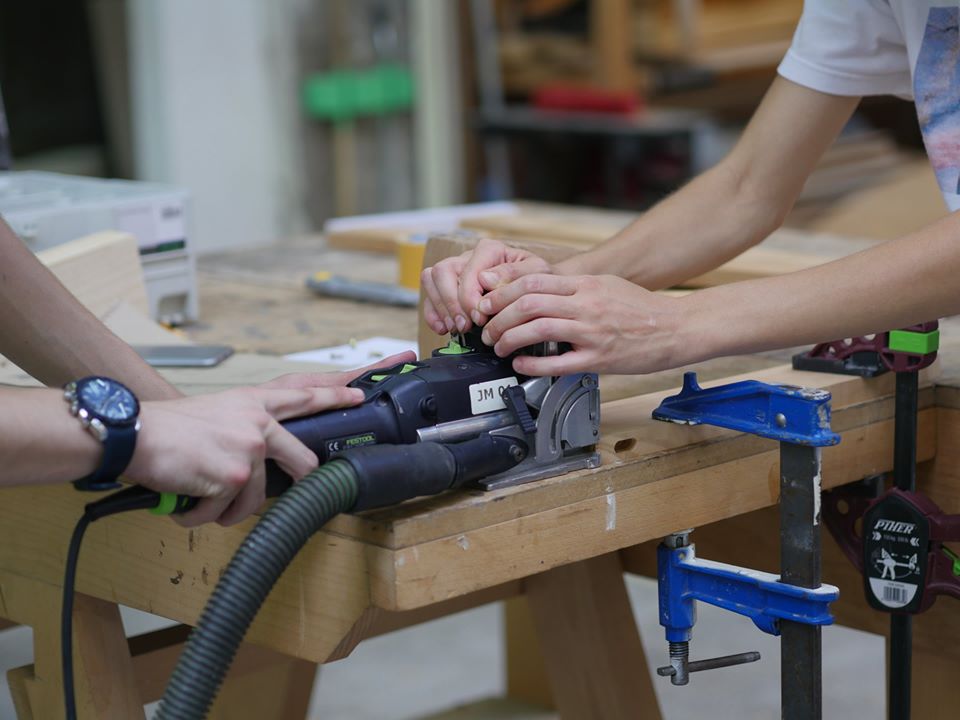 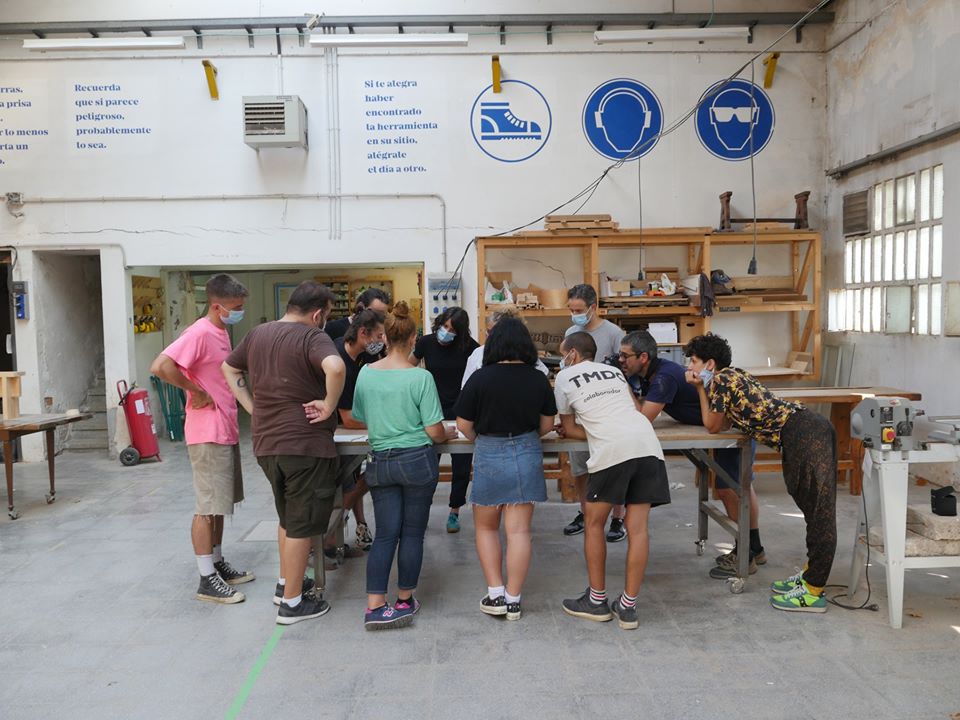 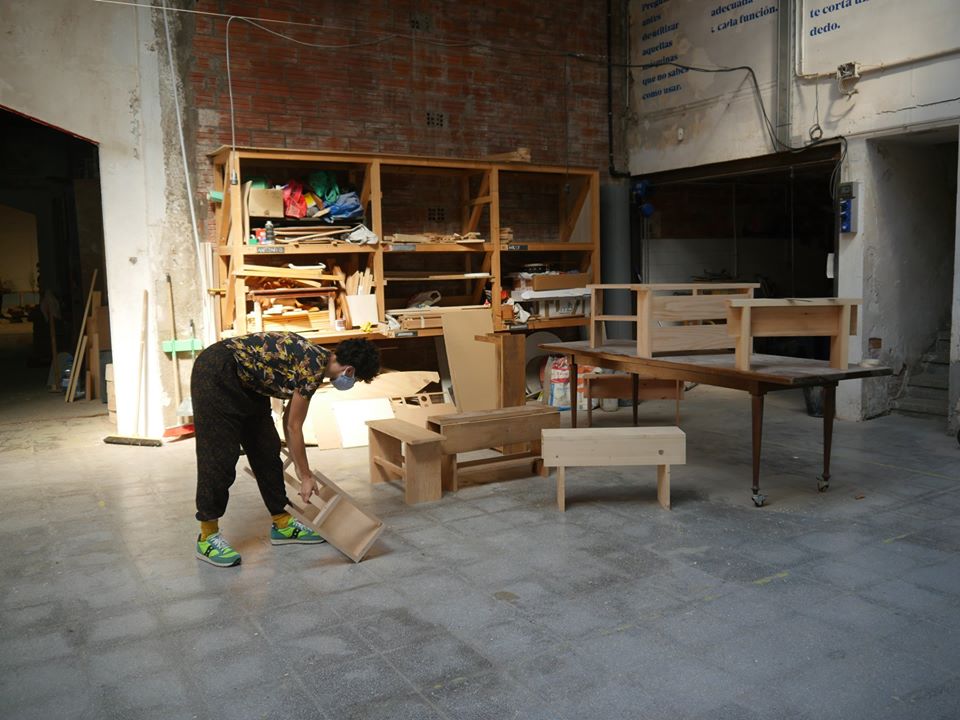